The concentration of hemoglobin fluctuates dramatically in the weeks and months after birth as a result of physiologic changes and various factors must be considered when analyzing pediatric hematologic values. The site of sampling, gestational age and time interval between delivery and clamping of the umbilical cord can influence the hemoglobin level in newborn infants. In addition, there are significant differences between capillary and venous blood hemoglobin levels. Capillary samples in newborns generally have a higher hemoglobin concentration than venous samples, which can be attributed to circulatory factors.

Very-low-birth-weight preterm infants are frequently anemic at birth. Many require transfusions or erythropoietin injections or both. Red cell indices, red blood cell count, hemoglobin and hematocrit in cord blood at term fall after delivery; this reflects perinatal events, the amount of blood transferred from the placenta to the infant after delivery. Delay of cord clamping may increase the blood volume and red cell mass of the infant.

The mean total blood volume after birth is Normally the hemoglobin and hematocrit values rise in the first several hours after birth because of the movement of plasma from the intravascular to the extra vascular space. Capillary hematocrit values in newborns are higher than those in simultaneous venous samples; this difference reflects circulatory factors and is greater in preterm and sick infants. Thereafter, a gradual recovery occurs, which results in values approximating those of normal full-term infants by about 1 year of age.

The MCV begins to fall after the first week, reaching adult values by the ninth week. The more premature infant higher the MCV.

RDW is markedly elevated in newborns, with a range of After that it gradually decreases and reaches normal adult levels by 6 months of age. Erythropoietin and Physiologic Anemia of the Newborn Erythropoietin is the primary regulator of erythropoiesis. While erythropoietin is present in cord blood, it falls to undetectable levels after birth in healthy infants. Subsequently, the reticulocyte count falls to less than one percent by the sixth day of life. The red cell, hemoglobin and hematocrit values decrease only slightly during the first week but decline more rapidly in the following 5 to 8 weeks, producing the physiologic anemia of the newborn.

Also contributing to the physiologic anemia is the shortened life span of the fetal RBC. Studies of chromium-labeled newborn RBCs estimate a survival time of 60 to 70 days with correction for the elution rate of chromium from newborn cells. The more immature infant greater the degree of reduction. This physiologic anemia is not known to be associated with any abnormalities in the infant.

Corresponding to the recovery from physiologic anemia, if there is sufficient stimulus, such as hemolytic anemia or cyanotic heart disease, the newborn infant is able to produce erythropoietin during the first several months of life. Hemo dilution related to the increased blood volume that accompanies the rapid weight gain seen in the first few months of life is not thought to play a key role in the anemia.

Very-low-birth-weight infants less than g show a progressive decline in hemoglobin, RBC count, mean cell volume MCV , mean cell hemoglobin MCH and mean cell hemoglobin concentration MCHC and have a slower recovery than other preterm and term infants. Nutritional deficiencies in infants and children can result in iron deficiency anemia and rarely in megaloblastic anemia, particularly in low-birth-weight and premature infants. This anemia is associated with abnormal psychomotor development.


The differential diagnosis of anemia in infants and children relies on a variety of ancillary tests. The reference ranges for a number of these tests differ from those for adults.

Aseptic Meningitis in the Newborn and Young Infant

Haptoglobin levels are so low as to be undetectable in neonates, which makes it unreliable as a marker of infant hemolysis. Transferring levels are also lower in neonates, increasing rapidly after birth and reaching adult values at 6 months. Both serum ferritin and serum iron are high at birth, rise during the first month, drop to their lowest level between 6 months and 4 years of age and remain low throughout childhood.

The viscosity of blood increases logarithmically in relation to the hematocrit. Hyper viscosity has been found in 5 percent of infants and 18 percent of infants who are small for gestational age. Partial plasma exchange transfusion reduced blood viscosity, improved cerebral blood flow and relieved the symptoms. However, cerebral blood flow was normal in the asymptomatic infants with hyper viscosity and there consequently was no benefit from exchange transfusion. The blood group antigens on neonatal red cells differ from those of the older child and adult. The I antigen is expressed strongly while the I antigen and the A and B antigens are expressed only weakly on neonatal red cells.

The I antigen is a straight-chain carbohydrate which is replaced by the branched-chain derivative, I antigen, as a result of the developmental acquisition of a glycosyl transferase. By one year of age the I antigen has become undetectable and the ABH antigens increase to adult levels by age 3. The ABH, Kell, Duffy and Vel antigens can be detected on the cells of the fetus in the first trimester and are present at birth.

The Lua and Lub antigens also are detectable on fetal red cells and are more weakly expressed at birth, increasing to adult levels by age The Xg antigen is variably expressed in the fetus and is weaker on newborn than adult red cells.

Moreover, particularly poor expression of Xg has been noted in newborns with trisomy 13, 18 and Anti-A and anti-B as iso-hemagglutinins develop during the first 6 months of life, reaching adult levels by 2 years of age. Oxygen affinity of cord blood is greater than that of maternal blood, since the affinity of Hb F for 2,3-bisphosphoglycerate 2,3-BPG is less than that of Hb A.

Levels of 2,3-BPG are lower in newborn red cells than in adult cells and even more decreased in the red cells of premature infants and this low 2,3-BPG level further heightens the oxygen affinity of newborn red cells. Thus, the red cell oxygen equilibrium curve of the newborn is shifted to the left of that of the adult.

The mean partial pressure of oxygen at which hemoglobin is 50 percent saturated with oxygen at 1 day of age in term infants is These results in a decrease in the oxygen released at the tissue level. As the PO2 falls from 90 torr in arterial to 40 torr in the venous blood, 3. The shift to the left of the oxygen equilibrium curve is even more pronounced in the premature infant, requiring a larger fall in PO2 to release an equivalent amount of oxygen. After birth the oxygen equilibrium curve shifts gradually to the right, reaching the position of the adult curve by 6 months of age.

The position of the curve in the premature infant correlates with gestational age rather than with postnatal age and its shift to the adult position is more gradual.

Enzyme Activity: Many differences have been found between the metabolism of the red cells of newborn infants and that of adults. Some of the differences may be explained by the younger mean cell age in the newborn, but others seem to be properties of the fetal cell.

The glucose consumption in newborn cells is lower than that in adult cells. Elevated levels of glucose phosphate isomerase, glyceraldehydephosphate dehydrogenase, phosphor glycerate kinase and enolase beyond those explainable by the young cell age have been found in neonatal cells. The level of phosphor fructokinase is low in red cells of term and premature infants. The pentose phosphate shunt is active in red cells of term and premature infants, but there is glutathione instability and a heightened susceptibility to oxidant injury. Furthermore, there is relative instability of the 2,3-BPG concentration. 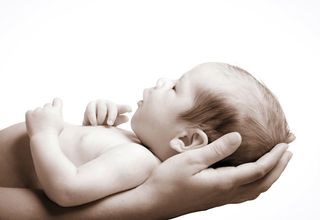 Lower-than-adult activities have been found for several other red cell enzymes, including NADP-dependent methemoglobin reductase and glutathione peroxidase. The levels of ATP and ADP are higher in the red cells of term and preterm infants but may merely reflect the younger age of the erythrocyte population.